How does COVID impact violence against women and gender equality?

There is emerging research about how COVID has increased violence against women, as well as concerning findings when it comes to gender equality. We break down some of the key research and what to look out for when it comes to prevention.

Home is not always a safe haven for many women, and being locked down means some are trapped in their homes with their abusers, with limited opportunities to access support or services.

There is emerging research about how COVID has already increased violence against women, as well as concerning findings when it comes to gender inequality. Evidence shows that crises increase inequalities – and this includes gender inequality.

While the pandemic can exacerbate stress, such as financial pressures, family disruption, social isolation, and disturbance to people’s usual lives – these factors do not cause violence against women.

International and national research shows that violence against women is driven by pervasive gender inequality, which is deeply entrenched in society through policies, laws, workplaces, attitudes and behaviours.

This is why it is important to look at not just prevalence rates of all forms of violence against women, but also how the pandemic impacts on women’s economic independence (such as employment) and women’s lives in the home.

Below is a snapshot of some of this research.

Increase of violence against women at the start of the pandemic

Research from the Australian Institute of Criminology for the first three months of the pandemic in 2020 confirmed that for many women, the COVID-19 pandemic coincided with the onset or escalation of violence and abuse.

Two-thirds of women who experienced physical or sexual violence by a current or former cohabiting partner since the start of the COVID-19 pandemic, reported that the violence had started or escalated in the three months prior to the survey.

Many women reported safety concerns were a barrier to help-seeking. Many forms of abuse were reported, including how the pandemic was used to justify controlling behaviours such as limiting access to money, controlling the ability to acquire and use money, or making threats about the family’s economic security.

There were also reports of men ‘weaponising’ the COVID virus – for example telling women they would bring people to the house to infect them with the virus if they report the violence.

New research from ANROWS in July shows that online abuse and coercion of Australian women to send sexual content has become more pronounced during lockdowns.

The research reported that perpetrators are mostly men aged up to 34 who use technology to control and intimidate former and current partners. This increase may be due to perpetrators having more spare time and spending it online.

This echoes the findings from the eSafety commissioner who received a 600 per cent increase in image-based abuse reports during the Easter long weekend in 2020.

In May 2021, the ABS Household Impacts of COVID survey revealed that women were almost twice as likely than men to have spent 20 or more hours a week on unpaid caring and supervision of children (28 per cent compared to 15 per cent). Women were more likely than men to have spent five or more hours on unpaid indoor housework (62 per cent compared with 35 per cent).

We know that these rigid gender stereotypes, such as the belief that men should be the breadwinner in the home and women should do the bulk of housework and raise children, contributes to the social construct that women are less valued than men and therefore makes violence against women more likely.

Grattan Women’s Work: the impact of COVID crisis  showed that women’s jobs were hit harder than men’s during the COVID lockdowns. At the peak in April 2020, almost eight per cent of Australian women had lost their jobs, and women’s total hours worked were down 12 per cent, compared to four per cent and seven per cent for men.

The two hardest-hit industries, hospitality and arts and recreation are female-dominated.

The economic effects of time out of the workforce are magnified for women, especially mothers, many of whom are already on a ‘stop/start’ career path. Despite the fact that more women lost jobs during the crisis, most recipients of the Government’s JobKeeper wage subsidy were men.

The challenge of absorbing the increased care load with work was even more acute for Australia’s one million single parents – 80 per cent of whom are women.

Prior to the current lockdowns in Australia’s two major cities, there was some emerging evidence that women’s workforce participation was recovering at a faster rate than men’s. However, we ask journalists to be careful when interpreting data.

Payroll data similarly shows that by March this year women had less than 74,940 jobs than before the COVID recession, while men had 650 less employment opportunities.

While this data may indicate a faster recovery rate, the reality is that women’s workforce participation rate was lower than men’s, and continues to lag. This data sits in the broader context of women’s underrepresentation in secure employment, and leadership roles.

This year’s data from Workplace gender equality agenda shows that the gender pay continues to be a problem at 14.2 per cent, which is a rise of 0.8 percentage points over the last six months.

As journalists and media professionals we ask you to take additional care to report ethically on violence against women, on the gendered impacts of this crisis, and on those who experience intersecting forms of discrimination such as ableism, ageism, homophobia and racism.

You may like to look at the Change the story video, which provides an easy summary of the drivers of violence or refamilarise yourself with Our Watch’s national reporting guidelines.

Our important work to eradicate violence against women does not finish once lockdowns lift and we cannot take our foot off the pedal when it comes to gender equality. 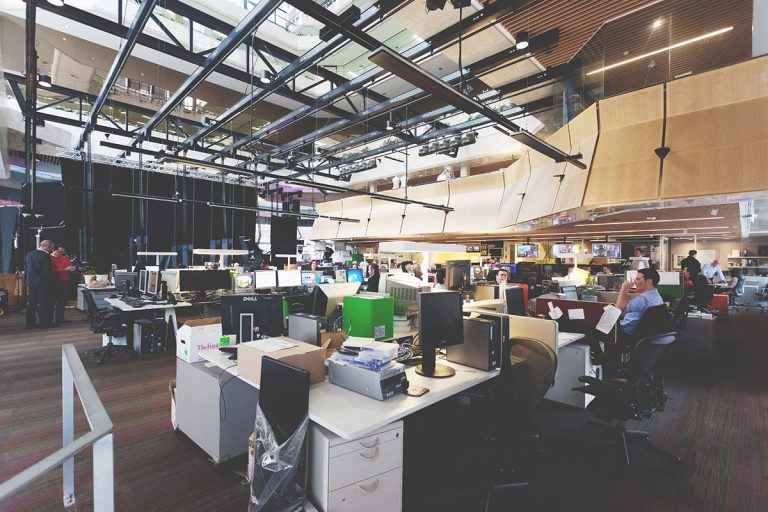